This article uses content from the Wikipedia article on Peter G. Klein under the terms of the CC-by-SA 3.0 license. 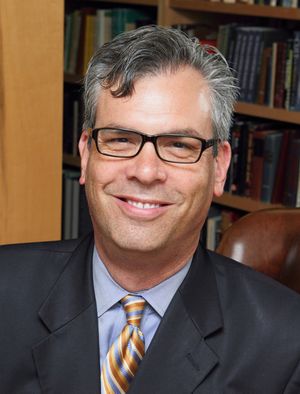 Peter G. Klein is Executive Director and inaugural Carl Menger Research Fellow at the Ludwig von Mises Institute. Klein is an American Austrian economist who studies managerial and organizational issues. Klein is Associate Professor in the Division of Applied Social Sciences at the University of Missouri and Associate Director of the Contracting and Organizations Research Institute (CORI)[1]. He is also an adjunct professor at the Norwegian School of Economics and Business Administration, Senior Fellow at the Ludwig von Mises Institute[2], and a Faculty Research Fellow at the McQuinn Center for Entrepreneurial Leadership.

Klein specializes in organizational economics, strategy, and entrepreneurship, with applications to corporate diversification, organizational design, and innovation. His books include Entrepreneurship and the Firm: Austrian Perspectives on Economic Organization[3] (edited with Nicolai J. Foss, Edward Elgar, 2002), The Fortunes of Liberalism,[4] volume 4 of The Collected Works of F. A. Hayek[5] (University of Chicago Press, 1992), The Capitalist and the Entrepreneur: Essays on Organizations and Markets [6] (Mises Institute, 2010), and The Theory of the Firm: Emergence, Synthesis, Challenges, and New Directions (with Nicolai J. Foss, Cambridge University Press, forthcoming).[7]

During the 2000-2001 academic year, Klein was a Senior Economist on the Council of Economic Advisers.

He runs the Organizations and Markets blog with Nicolai J. Foss, professor at the Copenhagen Business School.[9]

In 2008 Klein added his name as a signatory to the Academics for Ron Paul petition and website; declaring his support for the 2008 Presidential candidate.[10]