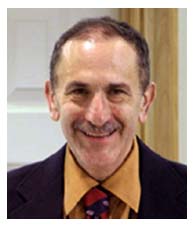 David Gordon is a philosopher, historian, and senior fellow at the Ludwig von Mises Institute. He was educated at UCLA, where he earned his PhD in intellectual history. He is the author of Resurrecting Marx: The Analytical Marxists on Exploitation, Freedom, and Justice; The Philosophical Origins of Austrian Economics; An Introduction to Economic Reasoning; and Critics of Marx. He is also editor of Secession, State, and Liberty, The Turgot Collection and co-editor of H.B. Acton's Morals of Markets and Other Essays.

Dr. Gordon is the editor of The Mises Review, and a contributor to such journals as Analysis, The International Philosophic Quarterly, The Journal of Libertarian Studies, and The Quarterly Journal of Austrian Economics.