This article uses content from the Wikipedia article on Tibor_R._Machan (edition) under the terms of the CC-by-SA 3.0 license. 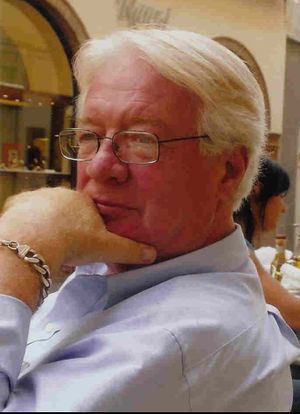 He was a research fellow at the Hoover Institution at Stanford University, an adjunct scholar at the Cato Institute, and an adjunct faculty member of the Ludwig von Mises Institute.[citation needed] Machan was a syndicated and freelance columnist, and author of more than one hundred scholarly papers and more than thirty books, most recently The Promise of Liberty (Lexington Books, 2008). Machan rejected any division of libertarianism into left and right wing, comparing it to dividing the school into high and low versions. He held that, by its nature, libertarianism is about political liberty for all individuals to do whatever is peaceful and nonaggressive.

Machan was born in Hungary. Machan's father hired a smuggler to get him out of Hungary when he was 14 years of age and he came to the United States three years later.[1] By 1965, Machan graduated Claremont McKenna College (then Claremont Men's College).[2] He took his Masters of Arts in Philosophy at New York University from 1965 to 1966, and his Ph.D in Philosophy at University of California, Santa Barbara, 1966-1971.[3]

In 1968, with Robert W. Poole, he founded Reason magazine which has since become the leading libertarian periodical in America. Machan also edited Reason for two years and was the editor of Reason Papers, an annual journal of interdisciplinary normative studies, for 25 years.

He was a visiting professor at the United States Military Academy (West Point) in 1992–1993 and has taught at universities in California, New York, Switzerland, and Alabama. He lectured in Europe, South Africa, New Zealand, Budapest, Hungary, Prague, Czech Republic, the Republic of Georgia, Armenia, and Latin America on business ethics and political philosophy.

He sat on the advisory boards for several foundations and "think tanks," and served on the founding Board of the Jacob J. Javits Graduate Fellowship Program of the U. S. Department of Education. Machan was selected as the 2003 President of the American Society for Value Inquiry, and delivered the presidential address on December 29, 2002, in Philadelphia, at the Eastern Division meetings of the American Philosophical Association, titled "Aristotle & Business." He was on the board of the Association for Private Enterprise Education.

Professor Machan lived in Silverado Canyon, Orange County, California. (As a trivial curiosity, Machan was known to have a penchant for the color orange, and frequently incorporates the color into his daily apparel, often by way of an orange ring, orange socks or orange shoelaces.)

He was previously married to Marilynn H. Walther, as well as to Marty Zupan and to Jamie Andersen, with whom he had daughters Kate and Erin, respectively. He also adopted Thomas, Jamie's son from a previous marriage.

Machan wrote a memoir, The Man Without a Hobby: Adventures of a Gregarious Egoist (Hamilton Books, 2004).

Machan's work usually focused on ethics and political philosophy, specifically natural rights theory, as in works such as Individuals and Their Rights (Open Court, 1989) and Libertarianism Defended (Ashgate, 2006). He defended the arguments of Ayn Rand for ethical egoism, and also wrote frequently on business ethics, a field in which he deployed a neo-Aristotelian ethical stance whereby commercial and business conduct gain their moral standing by constituting extensions of the virtues of productivity and prudence. He argued that the field presupposes the institution of the right to private property (one cannot trade what one does not own or hasn't been authorized to trade by the owner) in the works, The Business of Commerce: Examining an Honorable Profession and A Primer on Business Ethics, both with James Chesher, and The Morality of Business: A Profession of Human Wealth Care (Springer, 2007). 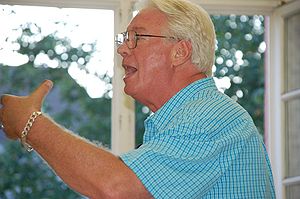 His full ethical position was developed in his book Classical Individualism: The Supreme Importance of Each Human Being (Routledge, 1998), and it was applied in, among other books, Generosity: Virtue in Civil Society (Cato Institute, 1998).

Machan also wrote in the field of epistemology. His main focus had been to challenge the conception of human knowledge whereby to know that P amounts to having reached a final, perfect, timeless, and finished understanding of P. Instead, Machan developed Ayn Rand's contextual conception of human knowledge (from Rand's Introduction to Objectivist Epistemology), but also drew on the insights of J. L. Austin, from his paper "Other Minds", and Gilbert Harman, from his book Thought, in works such as Objectivity (Ashgate, 2004). Machan worked on the problem of free will and defended a secular, naturalist (but not materialist) notion of human initiative in his books The Pseudo-Science of B. F. Skinner (1974; 2007) and Initiative: Human Agency and Society (2000).

Machan argued against animal rights in his widely reprinted paper "Do Animals Have Rights?" (1991) and his book Putting Humans First: Why We Are Nature's Favorite (2004), but also wrote on the ethics of animal treatment in his book Putting Humans First (2004). He was also a skeptic as to whether governments are able to help with global warming and whether human beings have made significant contributions to climate change.