This article uses content from the Wikipedia article on Lawrence Fertig under the terms of the CC-by-SA 3.0 license. 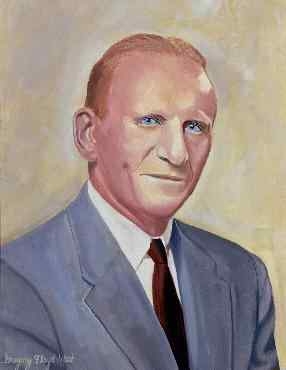 Lawrence W. Fertig (b. 1898 – d. 1986) was an American advertising executive and a libertarian journalist and economic commentator.

He was the founder of Lawrence Fertig & Company, a New York advertising and marketing firm.[1] The Hoover Institution maintains an archive of Fertig's papers at their Stanford, California location.[2]

After receiving an undergraduate degree from New York University, Fertig attended Columbia University, where he studied economics. He finished his master's degree in that subject and intended to continue on with doctoral studies, but was unable to do so due to the advent of the Second World War.[3]

After attending the 1944 Bretton Woods conference on behalf of Scripps-Howard newspapers, Fertig authored a weekly column on financial matters, something that he would continue until the collapse of the New York World Journal Tribune in the late 1960s.[3] He was on the board of trustees of the Foundation for Economic Education's monthly journal, The Freeman.[4]

Fertig, who was a member of the NYU board of trustees, was instrumental in supporting his friend Ludwig von Mises[5] when the economist fled Europe to the United States during the rise of the Third Reich,[6] even going so far as to pay part of Mises' salary himself[7] when Mises began teaching at Fertig's alma mater. Referring to Mises' visiting professorship at NYU, economist Murray Rothbard stated that

NYU’s support for Mises was grudging, and only came about because advertising executive and NYU alumnus Lawrence Fertig, an economic journalist and close friend of Mises and Hazlitt, exerted considerable influence at the university.[8]

The Mises Institute, founded in 1982 in honor of Ludwig von Mises, credits Fertig as being instrumental in its creation and development.[9] The institute offers a Lawrence Fertig memorial prize to the author whose work "best advances economic science in the Austrian tradition."[10]