This article uses content from the Wikipedia article on Progress and Poverty under the terms of the CC-by-SA 3.0 license. 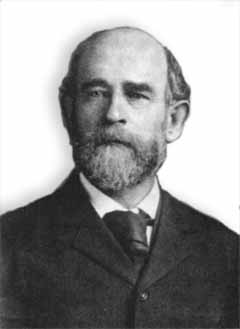 Progress and Poverty: An Inquiry into the Cause of Industrial Depressions and of Increase of Want with Increase of Wealth: The Remedy was written by Henry George in 1879. The book is a treatise on the cyclical nature of an industrial economy and its remedies.

Progress and Poverty: An Inquiry into the Cause of Industrial Depressions and of Increase of Want with Increase of Wealth: The Remedy seeks to explain why poverty exists notwithstanding widespread advances in technology and even where there is a concentration of great wealth such as in cities.

George saw how technological and social advances (including education and public services) increased the value of land (natural resources, urban locations, etc.) and, thus, the amount of wealth that can be demanded by the owners of land from those who need the use of land. In other words: the better the public services, the higher the rent is (as more people value that land).The tendency of speculators to increase the price of land faster than wealth can be produced to pay has the result of lowering the amount of wealth left over for labor to claim in wages, and finally leads to the collapse of enterprises at the margin, with a ripple effect that becomes a serious business depression entailing widespread unemployment, foreclosures, etc.

In Progress and Poverty, George examines various proposed strategies to prevent business depressions, unemployment and poverty, but finds them unsatisfactory. As an alternative he proposes his own solution: a single tax on land values. This would be a tax on the annual value of land held as private property. It would be high enough to allow for all other taxes—especially upon labor and production—to be abolished. George argued that a land value tax would give landowners an incentive to use the land in a productive way, thereby employing labor and creating wealth, or to sell the land to those who could and would themselves use the land in a productive way. This shift in the bargaining balance between resource owners and laborers would raise the general level of wages and ensure no one need suffer involuntary poverty.

Soon after its publication, over three million copies of Progress and Poverty were bought.

The following excerpt represents the crux of George's argument and view of political economy.[1]

"Take now... some hard-headed business man, who has no theories, but knows how to make money. Say to him: "Here is a little village; in ten years it will be a great city-in ten years the railroad will have taken the place of the stage coach, the electric light of the candle; it will abound with all the machinery and improvements that so enormously multiply the effective power of labor. Will in ten years, interest be any higher?" He will tell you, "No!" "Will the wages of the common labor be any higher...?" He will tell you, "No the wages of common labor will not be any higher..." "What, then, will be higher?" "Rent, the value of land. Go, get yourself a piece of ground, and hold possession." And if, under such circumstances, you take his advice, you need do nothing more. You may sit down and smoke your pipe; you may lie around like the lazzaroni of Naples or the leperos of Mexico; you may go up in a balloon or down a hole in the ground; and without doing one stroke of work, without adding one iota of wealth to the community, in ten years you will be rich! In the new city you may have a luxurious mansion, but among its public buildings will be an almshouse."

An often cited passage from Progress and Poverty is The Unbound Savannah in which George discusses how the building of a community increases the value of land.[2]