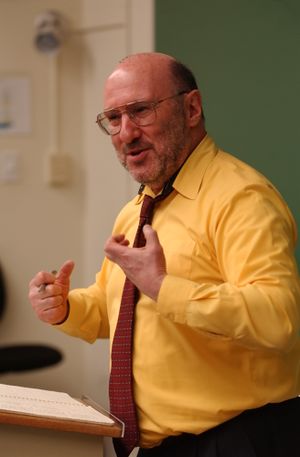 Walter Edward Block (born 21 August 1941) is a free market economist and anarcho-capitalist associated with the Austrian School of economics. He earned his PhD in Economics at Columbia University. He is an author, editor, and co-editor of many books, including Defending the Undefendable; Labor Economics from a Free Market Perspective; Lexicon of Economic Thought; Economic Freedom of the World 1975-1995; Rent Control: Myths and Realities; Discrimination, Affirmative Action, and Equal Opportunity; Theology, Third Word Development and Economic Justice; Man, Economy, and Liberty: Essays in Honor of Murray N. Rothbard; Religion, Econonomics, and Social Thought; and Economic Freedom: Toward a Theory of Measurement.

Dr. Block has written almost 500 articles for various scholarly refereed journals, and thousands of essays for magazines and newspapers, and is a contributor to such journals as The Review of Austrian Economics, Journal of Libertarian Studies, The Journal of Labor Economics, Cultural Dynamics, and the Quarterly Journal of Austrian Economics. He is currently a professor and chair of economics, college of business administration, at Loyola University.